I guess just because you get a second chance on Survivor doesn’t necessarily mean you can actually play. Some of the contestants, yes, they’ve agonized over their previous demise and watched their season, studied what works and what doesn’t, and came on the show with a plan. That’s what a Second-Chancer (that’s what I’m calling anyone who gets on Survivor a second time, just like they call people who don’t believe Obama was born in America, or people who don’t believe Stevie Wonder is really blind, they’re called Truthers) should do. They should know where they went wrong, and what they should do differently, and how they should act differently, in order to advance further.

Second-Chancers doing it right? Kass (previously known as Chaos-Kass), Joe (aka Mr. Amazing), and Spencer. Kass was mean and a bully. Now she’s trying to be someone people would see as an ally, friend, and valuable pre-merge tribe member. Joe is going to continue to be awesome, but is showing a softer, humbler side of himself so to make people forget he’s going to kick their ass in challenges whenever he wants. Spencer is a super-nerd, and he readily admits it, but by golly he’s going to attempt to influence friends and make people …or something like that. 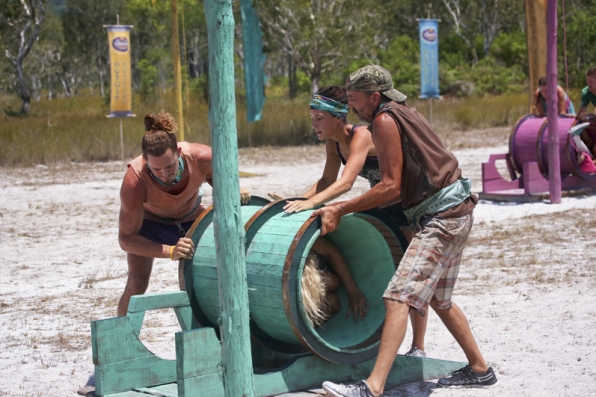 Then there’s that middle group that don’t really need to change all that much, because their previous demise wasn’t a personality or physical quirk, but just some dumb luck. Like Jeremy (The Black Guy), Terry (Super Terry), Kelley (The Pretty Blonde), and Ciera. I might even throw Kelly Wiglesworth into that group. These people need to do pretty much exactly what they did previously and not try too hard or overthink it.

And finally, there’s everyone so far who’s been voted off who’ve proven they didn’t learn a thing, previously. Varner came back after 10 years and some 15 or 20 seasons between his first go-round and he played like he hadn’t watched anything since his season ended and didn’t notice the game has evolved quite a bit. Abi-Maria is as evil and bi-polar as ever and her alliances are as fragile as her emotional state. She claimed she’s be more thick-skinned and less angry, but she’s exactly the same and, can we call agree? She might make it to the merge but the group will vote her off immediately because they all be sick of her. Sure, she’s a loose cannon someone should want to take to the end because nobody would vote for her, but her cancerous personality will make her juice not worth the squeeze (as they say). Pieh–Gee wasn’t smart enough to turn everyone against Abi-Maria and Woo is …Woo is actually hilarious because he’s so bad at this game, but he’s so likeable and nice. He’s just …um …dumb. And last week, Monica became the latest casualty based mainly on her sloppy play and lack of a plan.

She was sitting pretty in a nice alliance and then all of a sudden she decides to start small-talking with Kimmi and out of nowhere brought up the idea of breaking their alliance and voting with the girls.  This was idiotic on two levels. First, because she didn’t even temperature-check Kimmi to see how loyal and committed she was to the boys and their alliance. Second, she was oblivious that Kimmi didn’t like her. If you recall, Monica was concerned about over-clamming (the term I’ll use for eating all the clams in a cove) the ocean and Kimmi was concerned about starving. I don’t know why I’m surprised, actually, because anyone who worries that 20 people eating clams from the ocean for 39 days will be responsible for the destruction of the oceans and the extinction of ocean clams, well, just ain’t that bright.

How did Monica not pick up on the fact she and Kimmi weren’t BFFs and that Kimmi couldn’t be trusted …yet?

Oh, well. I guess it’s not a big loss. Nobody lost, so far, is really anyone I’m going to miss (with the exception of Vytas …I really thought he’d be crazy entertaining as the season rolled on).

There wasn’t anything that stood out that will have any major impact down the road. Nobody found a new Hidden Immunity Idol. Nobody made a new enemy. Well, Kimmi and Monica fought with each other, and that was quickly resolved.

I’m rooting for the old-timers – Terry, Hillbilly Keith, and The Original Survivor – Kelly Wiglesworth. Why am I rooting for Kelly? Because I hated Richard Hatch and he proved to be a scumbag, lunatic, and tax evader and …dammit …Kelly should’ve won and if she had played her same game in a more evolved form of Survivor, the Jury would’ve loved her for her ruthless play and never would’ve rewarded Richard “I Walk Around Naked” Hatch. We should all be rooting hard for Kelly, is what I’m saying.

Anything I missed? Anything in particular you want my strong opinion on? And I invite you to share yours in the Comments. 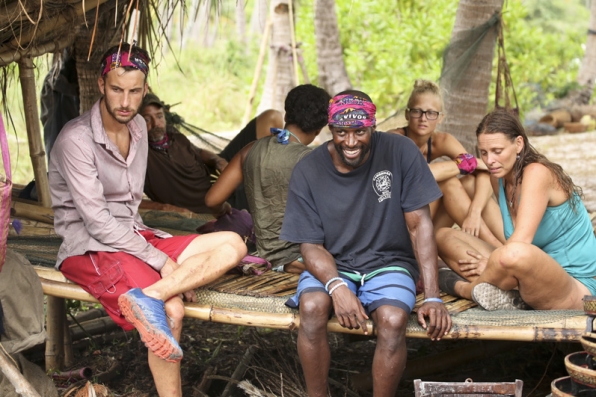 This week it looks like someone is pulled, against his or her will, from the game due to a family emergency back home and I’m reading that the tribes get switched up, again.

Thanks for reading and see you after Episode 6.