The Bachelor, Season 22, Episode 4 – A Cabin in the Woods

I hate to start this week’s The Bachelor recap all super serious, but we need to get something out of the way. “Too young” is not a deal-breaking flaw. spunkybean will not engage in Age-ism (which I think is descrimination based on age). And, ladies, if you’re going to tell a 36-year-old guy that he shouldn’t date a girl, you had better have a better reason than, “she’s sooooo young.” You’d have better luck if you tried to prove Short-Hair Bekah was a terrorist, or that she turns into a werewolf when there’s a full moon. But, to say, hey Arie …better be careful.  That super hot girl with the amazing body is trouble …she’s young.  Um. You better go back to your gossip toolbox and find a better flaw. Here’s some other non-turn-offs.

Regarding that last bullet point, the “too large boobs” won’t be a problem with Bekah. Plus, reader M.K. says Bekha doesn’t like and doesn’t wear bras. Must be nice to be 22 years old, right? Am I right? I know I’m right because I’m a 44-year-old man and some might say I could use a bra. Hold please while I knock out 20 …er …10 … gasp …6 push-ups. Ripped!!!  Where was I? 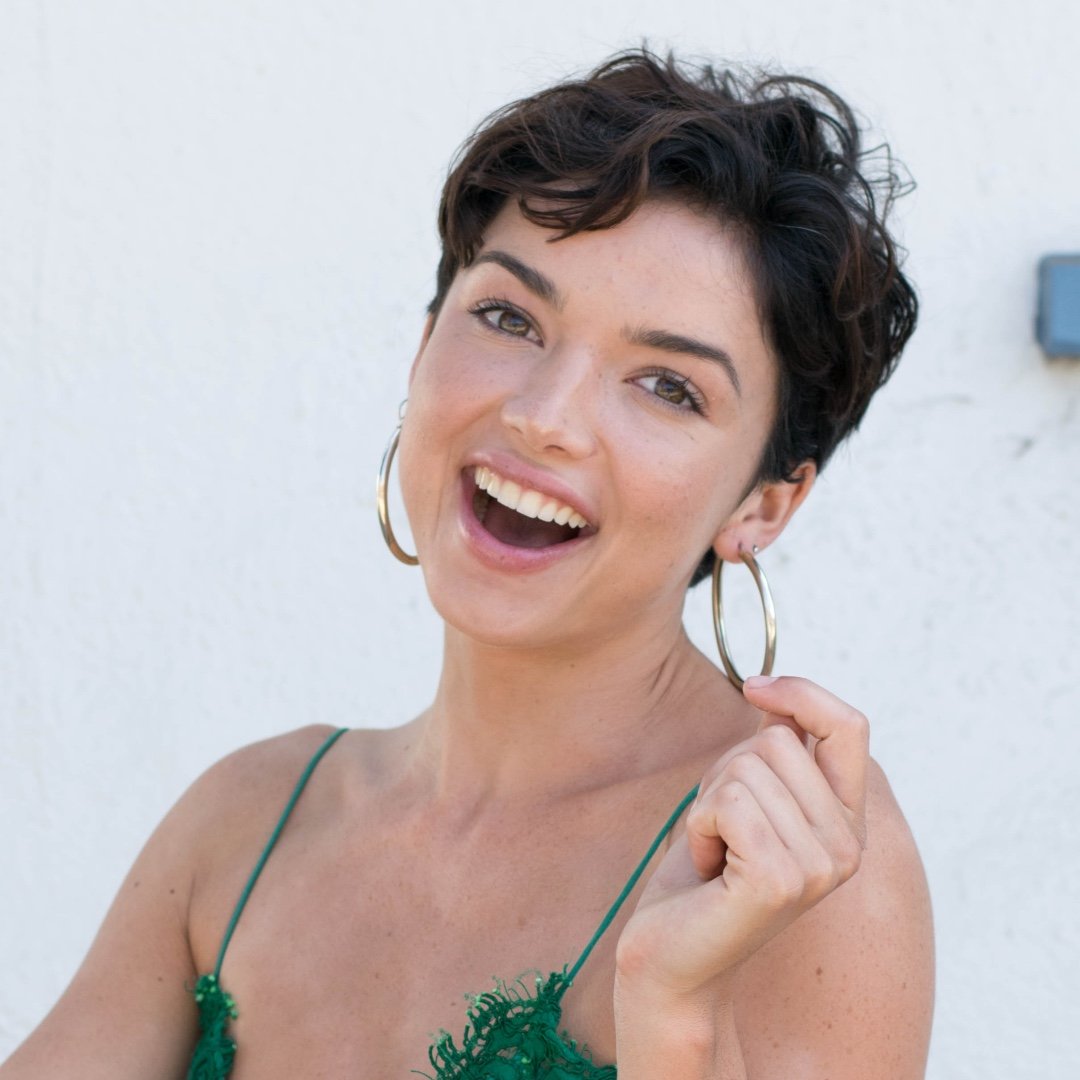 Ah, yes. This was the night Bekah finally told Arie how young she was, and I’m pretty sure he knew all along. I think he was hoping she was a young-looking 26 or 27-years-old, but he genuinely was surprised and had to talk himself into giving her the rose when he learned of the fourteen year age gap. It will be an issue. It has to be. He can tell himself things like, “age ain’t nothing but a number,” but either he will realize she’s too young to truly understand the gravity of the situation and getting engaged might be forever, or Arie will get further down the road and, let’s say Bekah is one of the final three, he’ll be having heady conversations with two other women in their 30s, meeting their families, and talking love, engagement, marriage, and babies and that will feel comfortable because the older ladies will have all thought about it.  Bekah will be thinking about it for the first time, and her parents will probably not be cool with what their 22-year-old little girl is doing. It’s not even that I think Bekah is in this as a shot at fame, or that she wants to be the next The Bachelorette, but instead, as I’ve stated before, she’s an old soul who fashions herself like a 1940s/50s pin-up girl (Betty Boop) and is a nanny by profession (playing mommy), but it might just be a phase. Enough Bekah, now …

What Happened to Krystal???

Remember a few weeks ago when I thought Drug-Addict-Brother Krystal was a sweetheart and had overcome a great deal of personal drama to get here and maintain her optimism and poise? What happened to that shining light of a girl that hands out food to other drug addicts and was sweet and seemed above the drama? I guess it’s true what they say, you can take the girl out of the dysfunction, but you can’t take the dysfunction out of the girl.  Reader D.D. has gone so far as to say she’d like to “throat punch” Krystal.  Yikes. That’s the difference between watching at night with a glass of wine (or two) and watching it in the morning while climbing hills on a treadmill.

How far she’s fallen (Krystal, that is …not reader D.D.).

My viewing-party group (consisting of my wife, my teenage daughter, and sometimes my sister by way of text) have all turned on Krystal, and when Krystal pulled that quick pull-aside during the Final Rose Ceremony, well, she was already losing friends in the house, but now she’ll be public enemy #1. We were all hopeful that when Arie had the last rose that she’d be sent home, but we should’ve known better. ABC wouldn’t spend that much screen time on Krystal if she wasn’t continuing on.

Sadly, it came at the expense of my favorite, Tall Real Estate Agent Caroline. Caroline was great. Confident. Not needy. Mature. Established. I guess that doesn’t stand-out in a mansion full of desperate women.

Now we’ll all have to root for Tia from a Town Called Weiner …snicker snicker. She’s funny. She’s sick of Krystal. She’s pretty. Let’s start a fan club. The best part was, Tia got the Group Date Rose! Yay! Ha! Take that Krystal!!

Chris Harrison broke the bad news that there wouldn’t be a Cocktail Party prior to the Rose Ceremony so, I guess that was that. Nobody would be able to make final pitch. Done and …wait. Grrrrrr. That Krystal, right before Arie handed out the first rose, was so emotional she needed to pull Arie aside and then …said …nothing. What? Now I’m going to have the worst week ever, where if Arie would’ve said, “no” right at that moment, my entire 2018 would’ve been a roaring success and it’s only the 23rd day of the year.

The Final Rose ceremony kicked off with Seinne, Tia, and Short-Hair Bekha already having roses. Plus, remember, Indy Car Entrance Girl Maquel went home for her Grandpa’s funeral (was she in the previews for upcoming weeks? Does she come back?). And here’s who got roses…

Which, as I mentioned earlier, Tall Real Estate Agent Caroline and Serena-Venus-Williams Triplet Sister Brittany T. went home.  Arie made a major mistake not keeping Caroline. Though it’s early, maybe she can be the next Bachelorette or will show up on The Bachelor Olympics or Bachelor in Paradise (if they actually bring that sexual-assault camp back to TV in this post-Weinstein world).

See you next week.

One Response to The Bachelor, Season 22, Episode 4 – A Cabin in the Woods